Tests are great, they catch errors before release and verify that the code does what it says it does. However the TDD (Test Driven Development) way of doing things is to write the tests before the implementation of the feature. Which has several drawbacks:

And look at this graph, and how it resembles a waterfall, doesn’t look very agile, right? 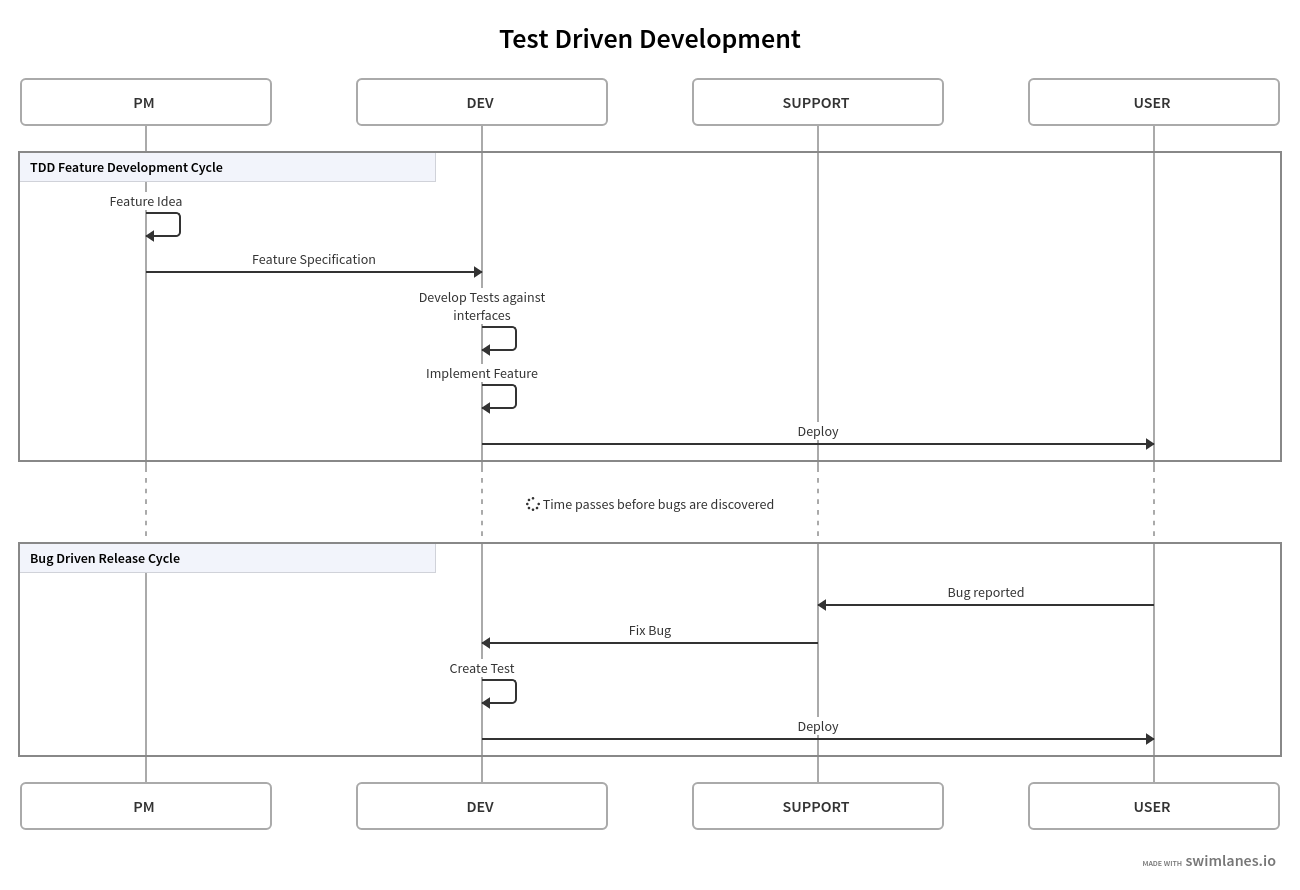 In this paradigm you develop the feature in the most MVP way possible, release it to some portion of users and simply await bugs!

Notice how the initial Feature Development Cycle is much tighter… and agile! 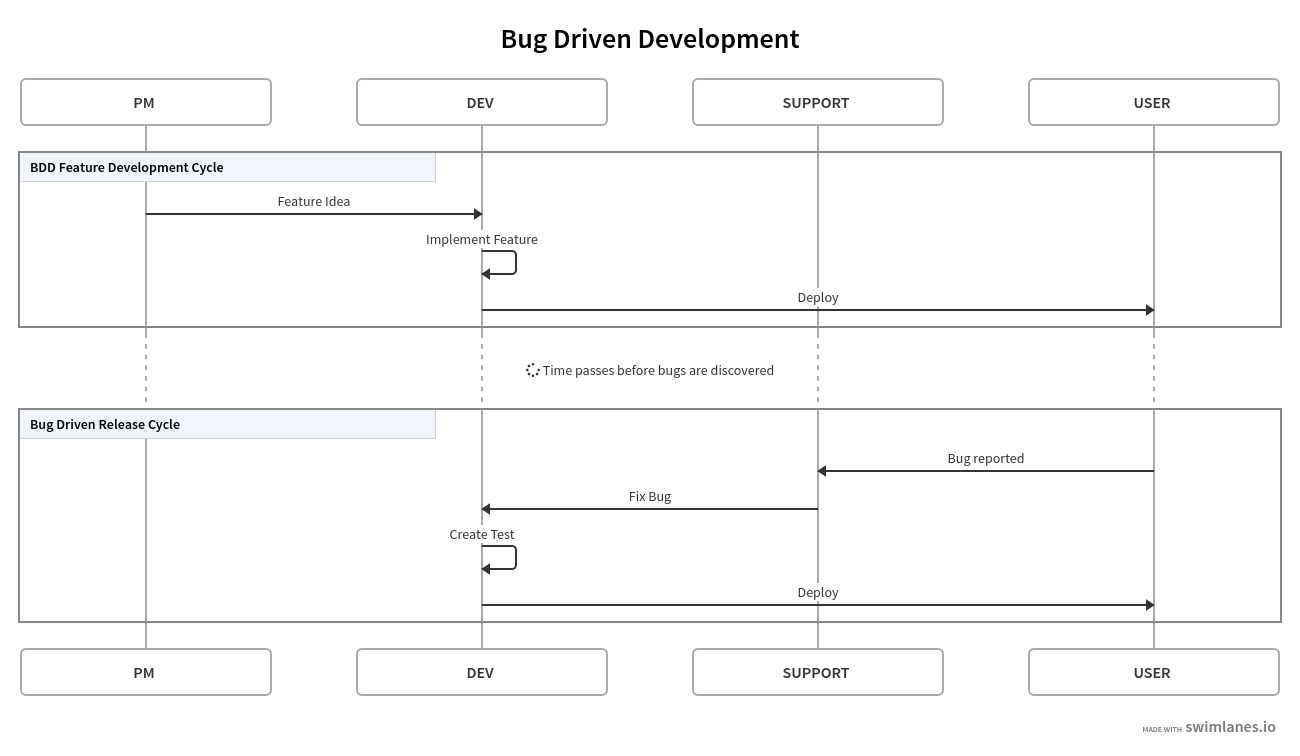 The main advantage of this approach is that it puts more emphasis on solving problems (bugs) when they arise, rather than trying to predict bugs by writing tests in the design phases. Maybe Just In-Time Test-Driven Development (JIT TDD) would also be a suitable name…

To be clear, this is a facetious exploration of the idea. It’s important to remember that using this paradigm is essentially making your users testers. This is fine for most applications, however some companies should not let their users be on the bleeding edge of software (see Theranos).

Finally, bugs in software is an inevitability, if there’s no bugs it’s probably not being developed fast enough. You will receive bug reports and need to fix them, so we’re all doing Bug Driven Development in some sense anyway!

Note: I love TTD, it has many benefits which weren’t mentioned here.