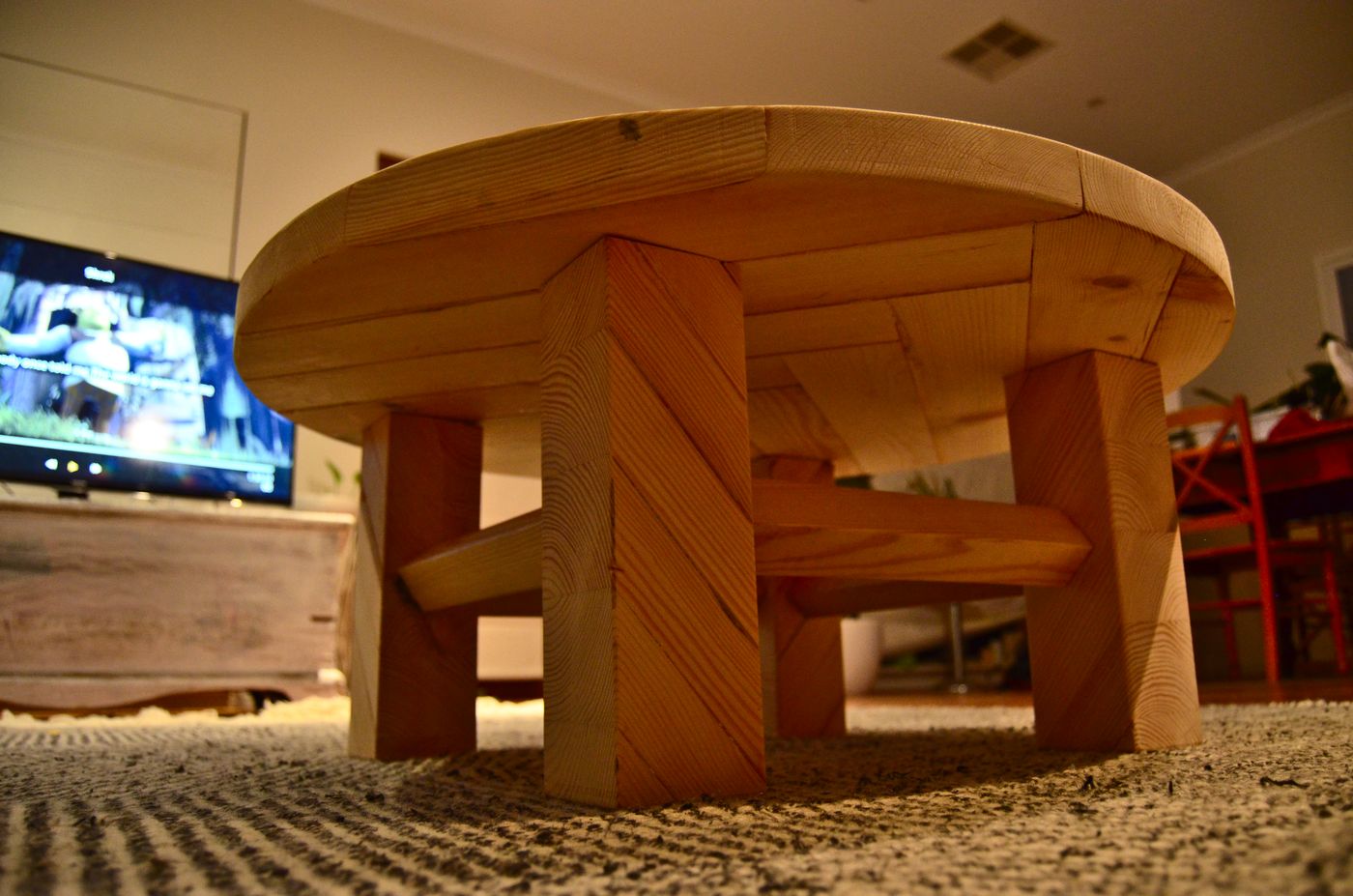 Ally and I made a table together today (it took 3 weekends in Dad’s shed). We were inspired by a few tables, so this isn’t entirely original but we put our own spin on it.

The table Ally and I liked was this one. So we thought something similar would be a good start. 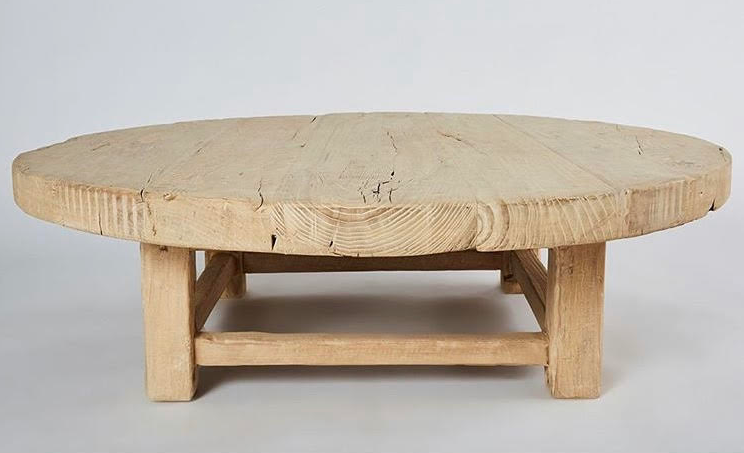 Dad had a bunch of timber that he found in a skip, so that was perfect for the project. I decided that a herringbone pattern might be a cool idea. 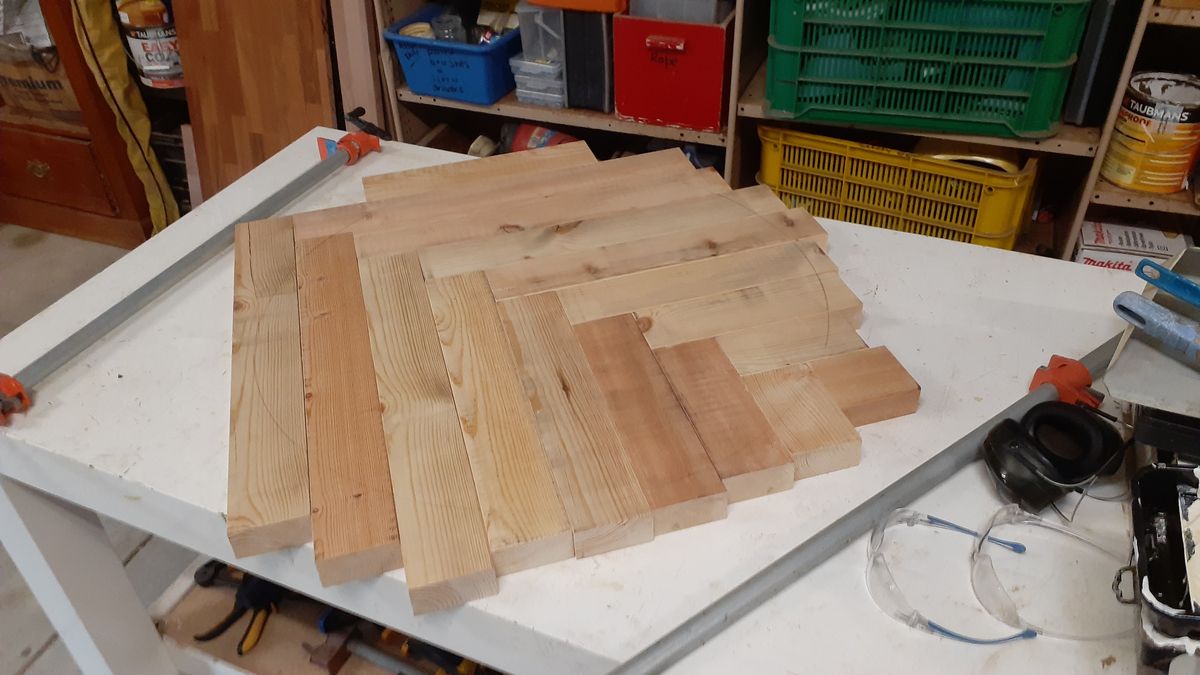 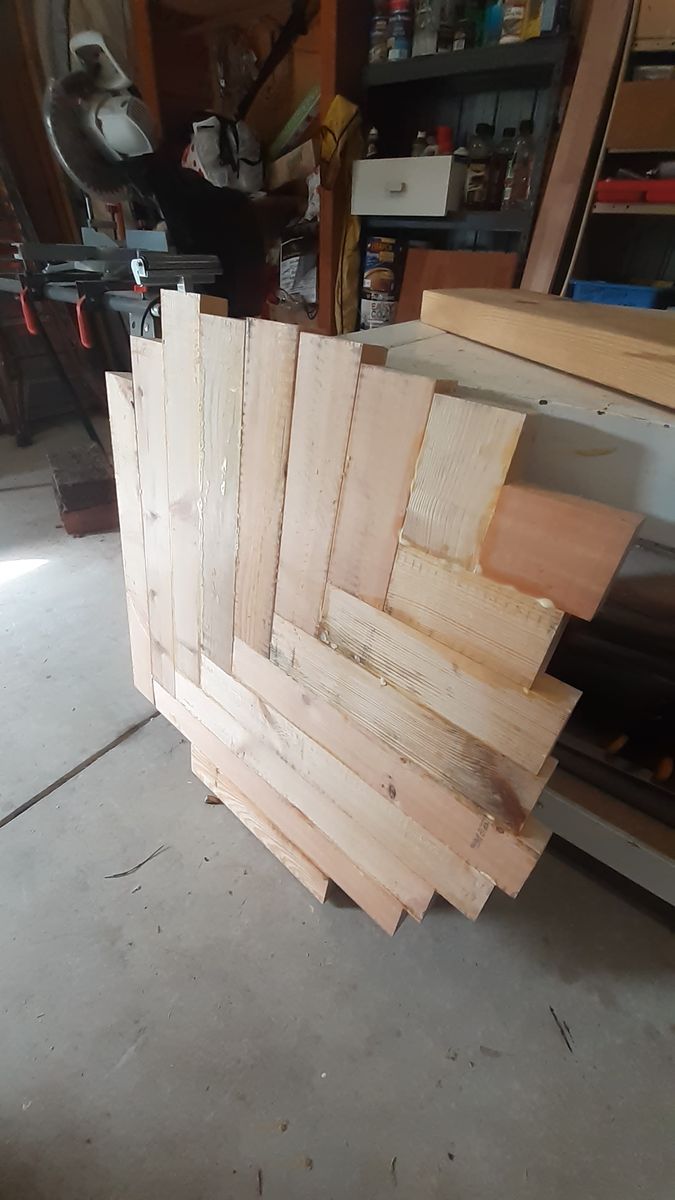 Once it was glued up, we had to cut the circle out. We used the old-school compass method of getting a large stick with a pencil in one end and a pin in the other to draw the perfect circle. 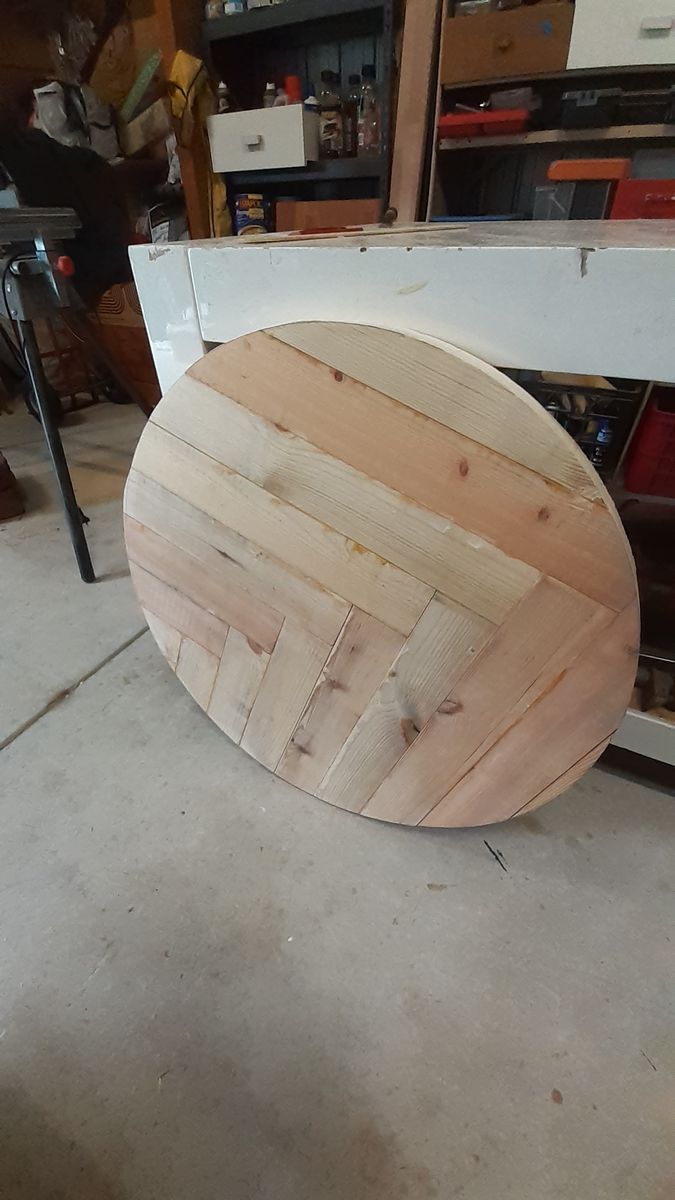 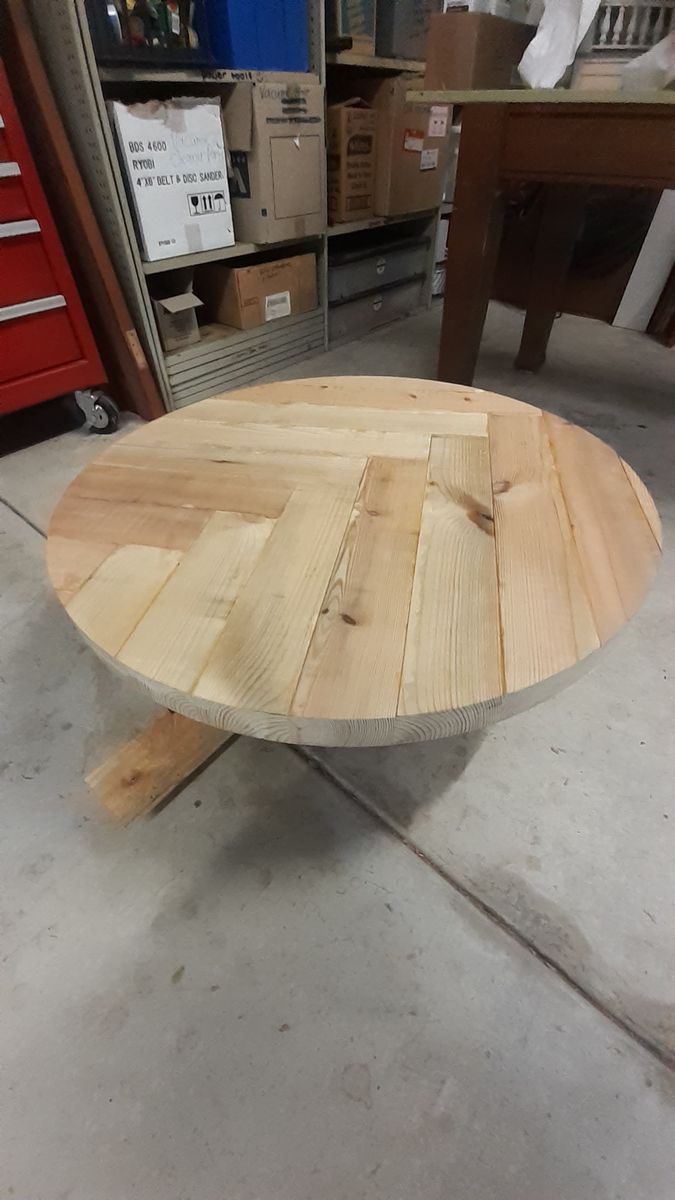 The legs were next. We also thought it might be cool to make legs cut out of sandwiched timber across the grain. 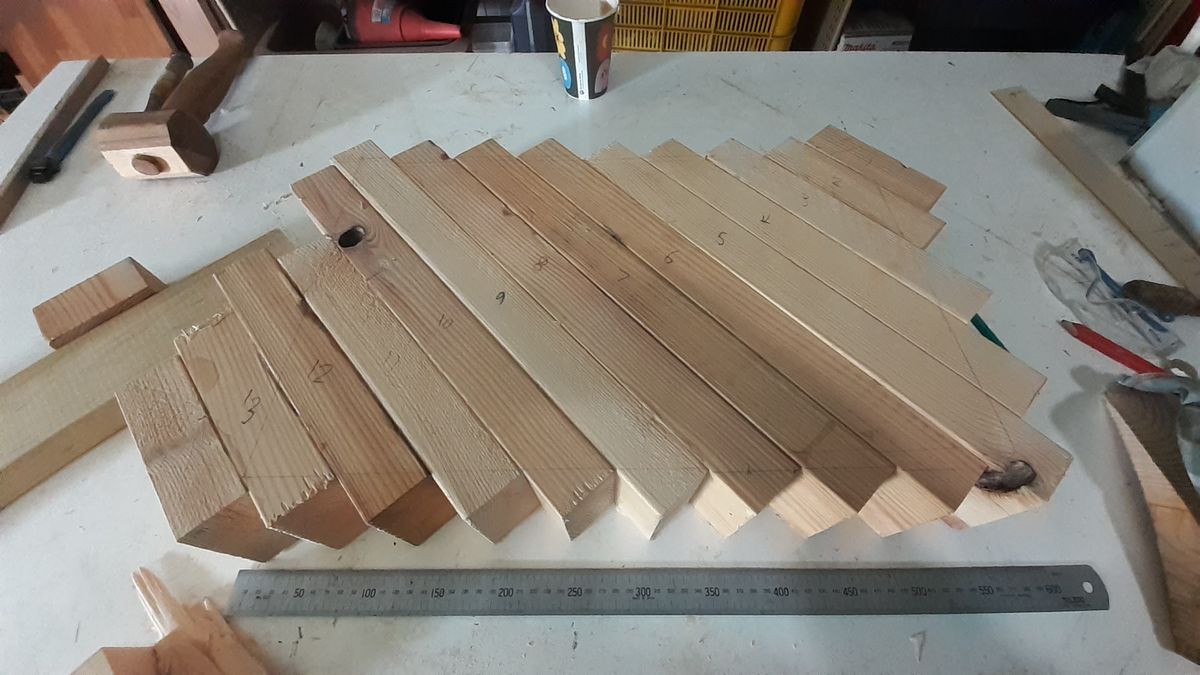 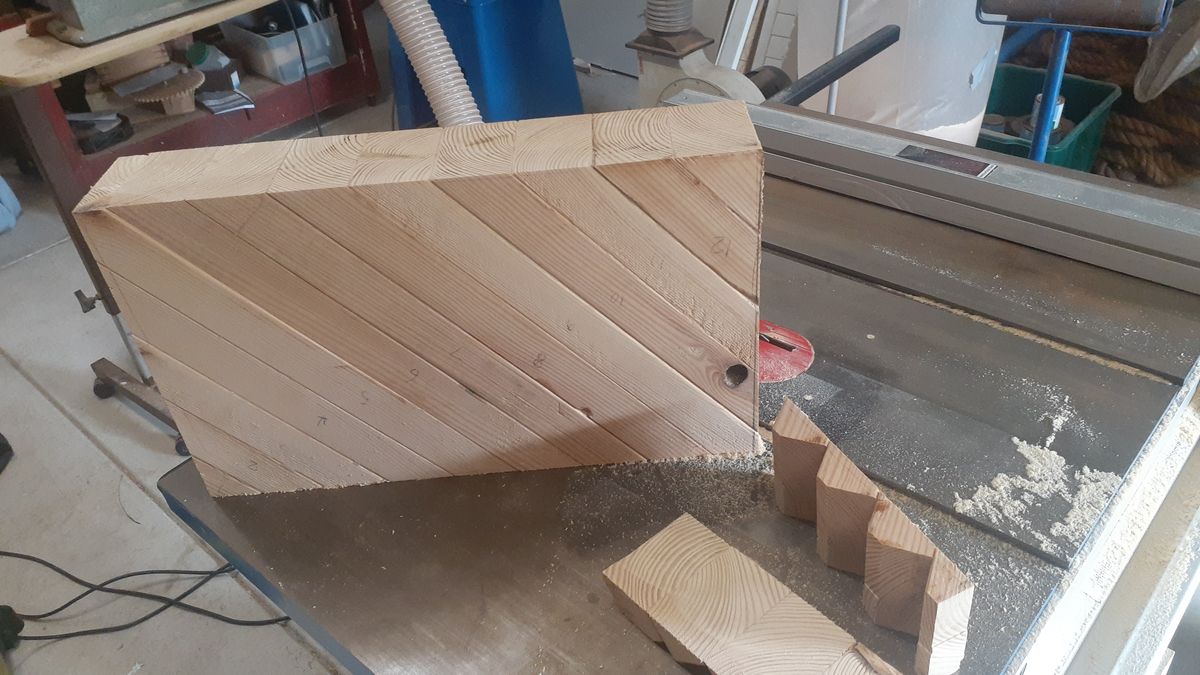 Structurally this is much much weaker than using the grain of the timber, but it looks cool! 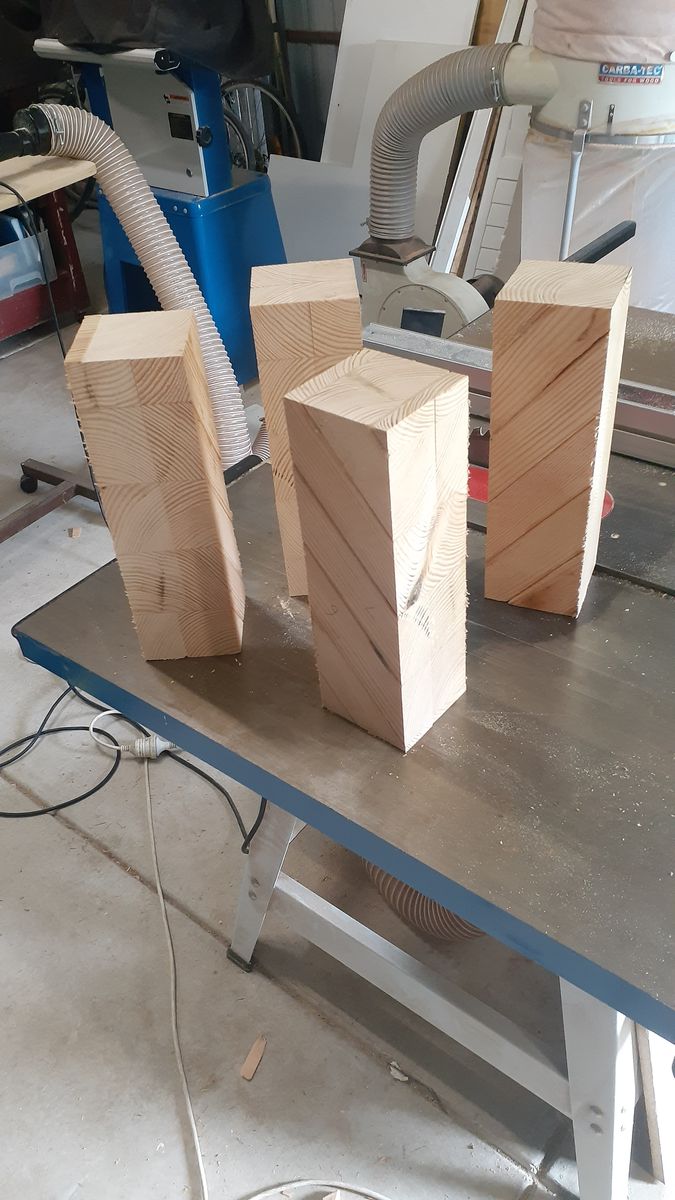 Then we had to make the cross pieces to connect the legs, so I just cut em out. 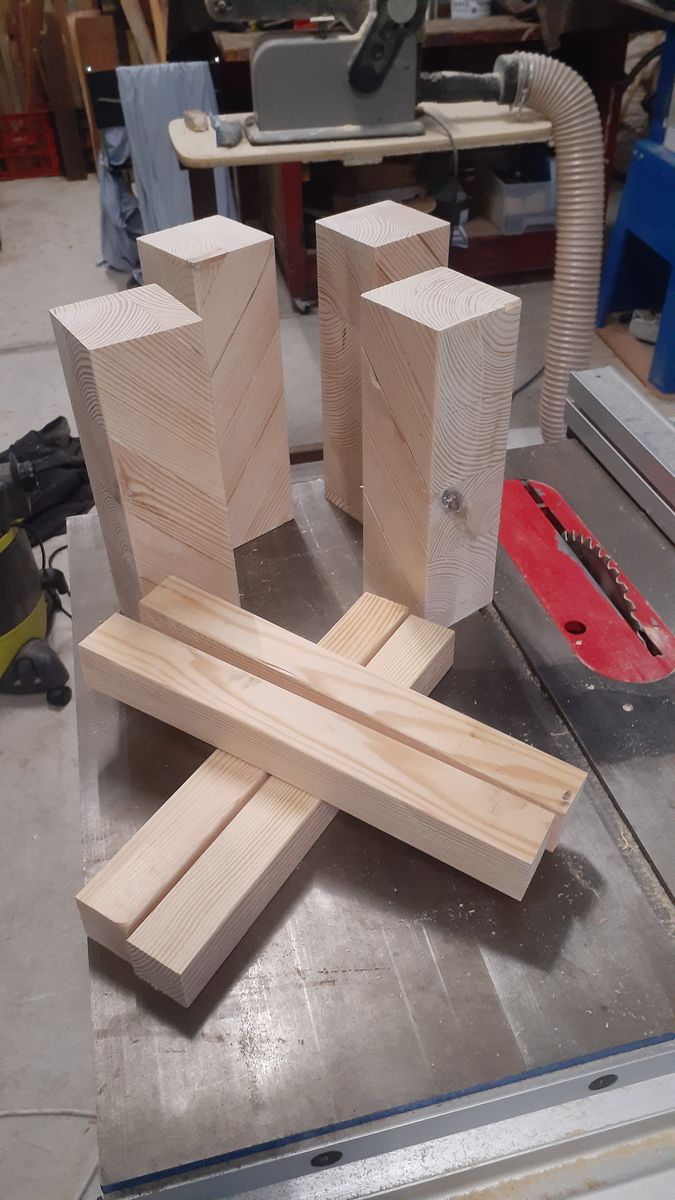 But I didn’t really know how to connect them to the main legs. I thought maybe I could use a Forstner drill bit to drill the hole and then chisel out the rest… 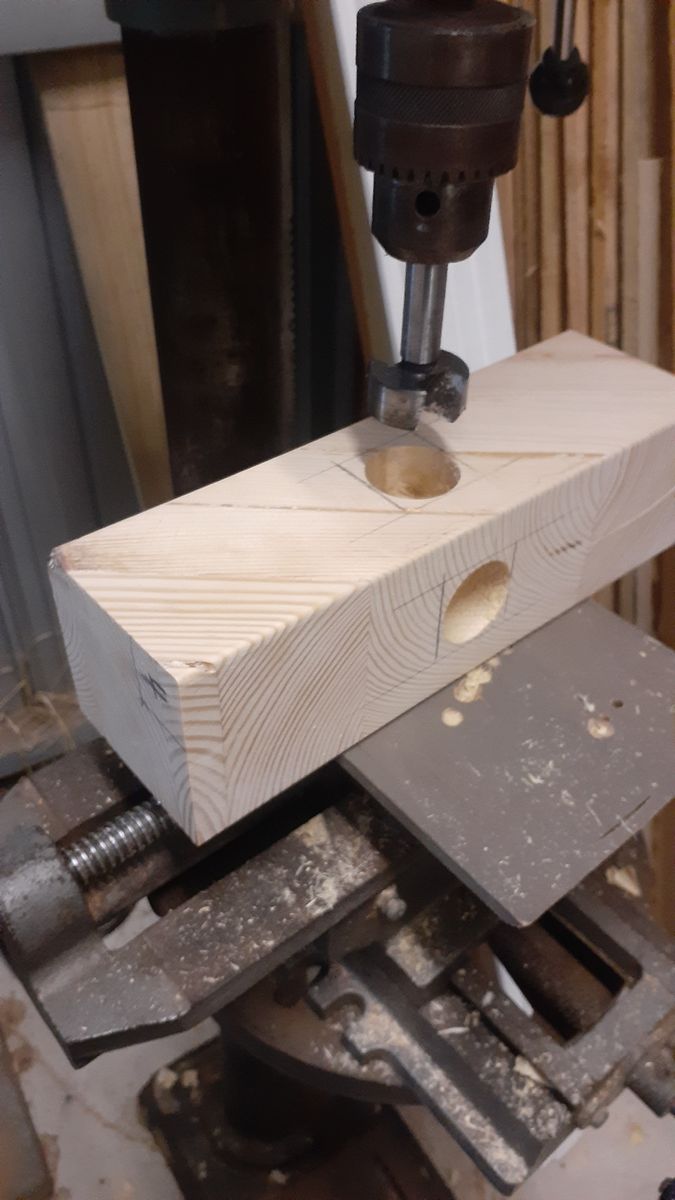 But that was too hard, I ended up using a hole saw bit to circularize the ends of the cross pieces, much better! 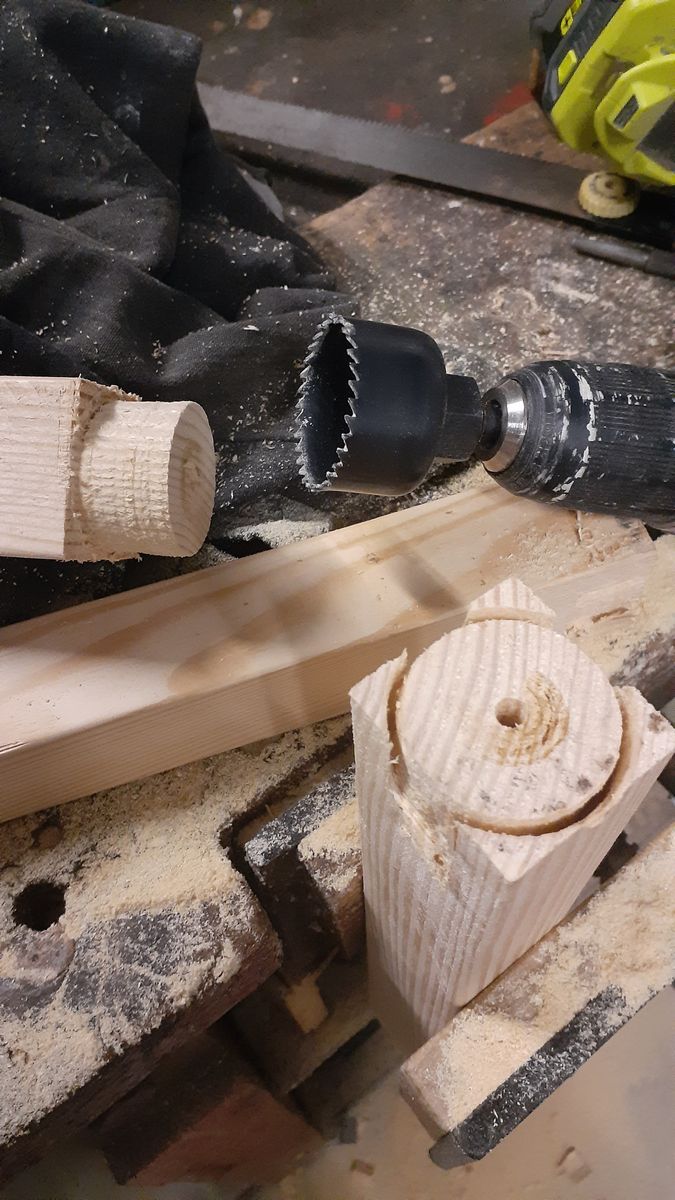 Frank was concerned at my lack of knowledge or skill… 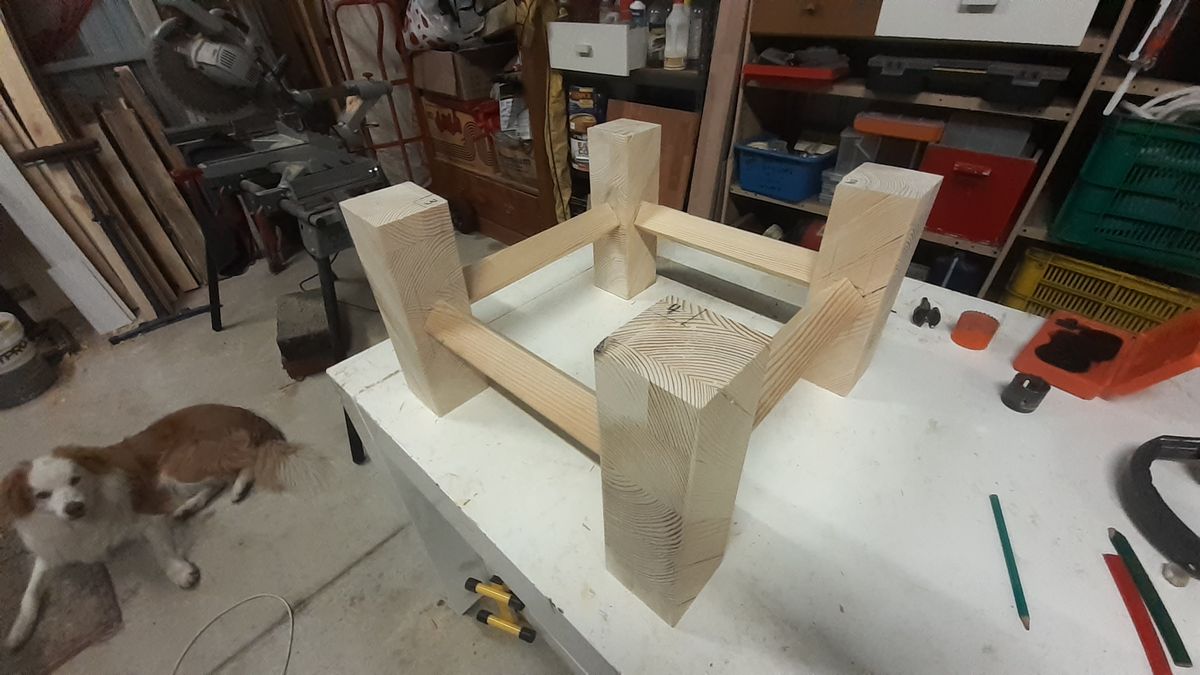 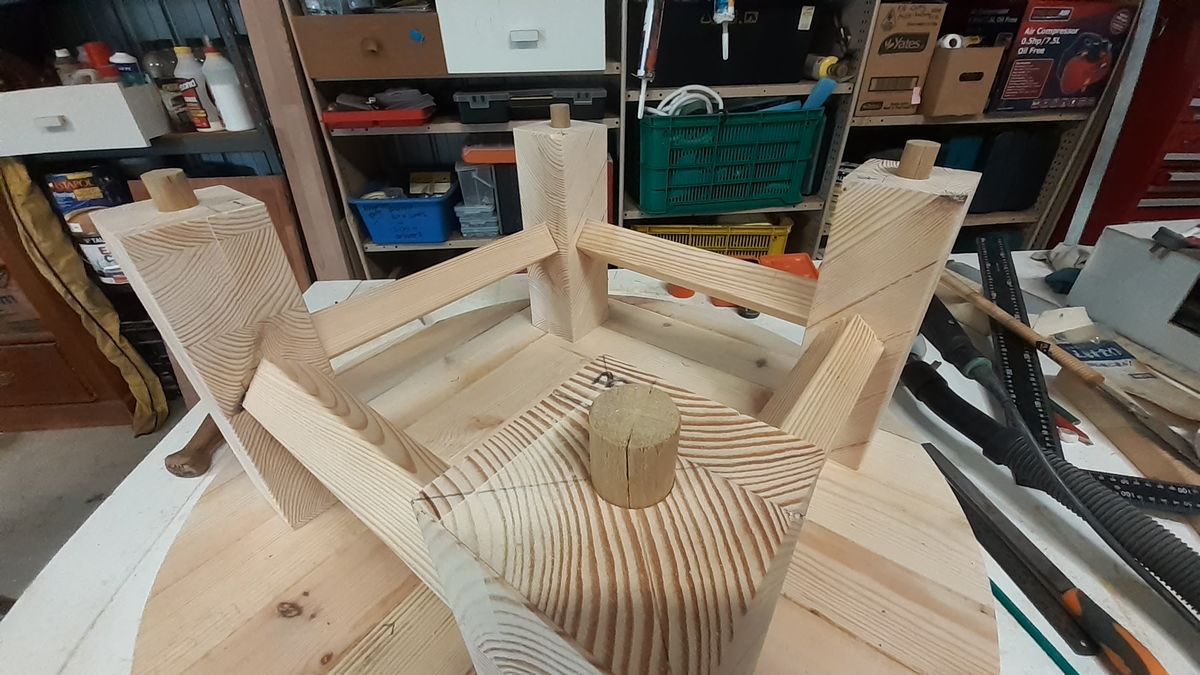 Even made a cool sound, unfortunately it’s similar to a smart phone notification

Traced out the top holes. And glued it up. 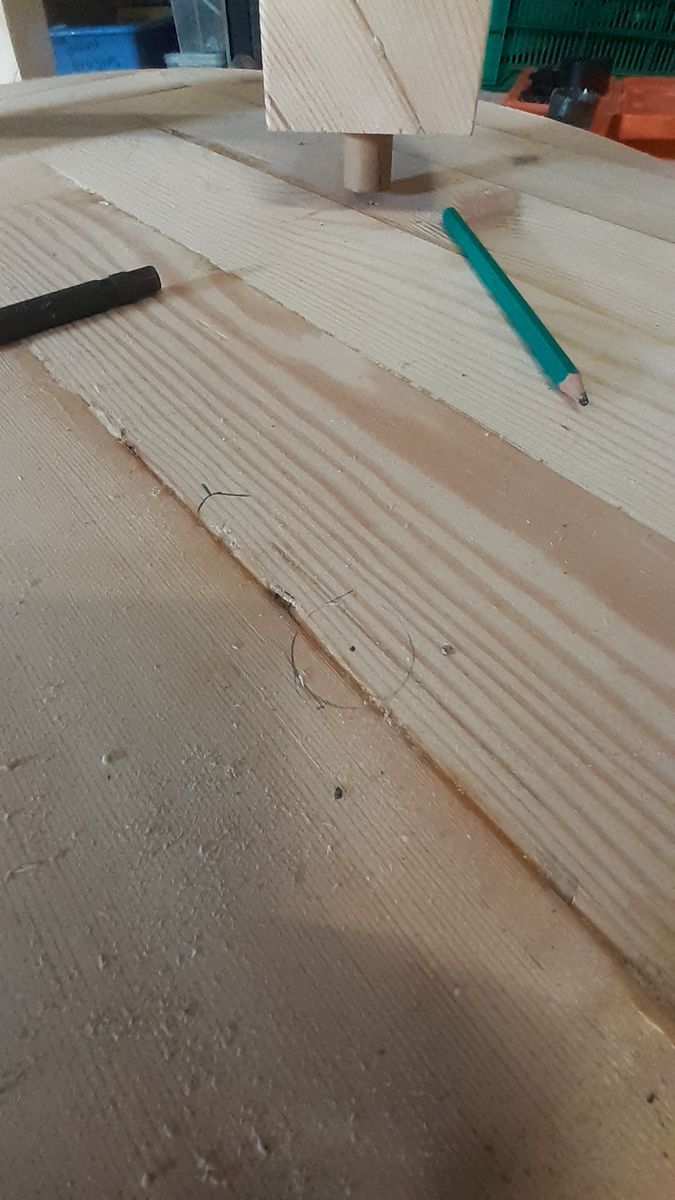 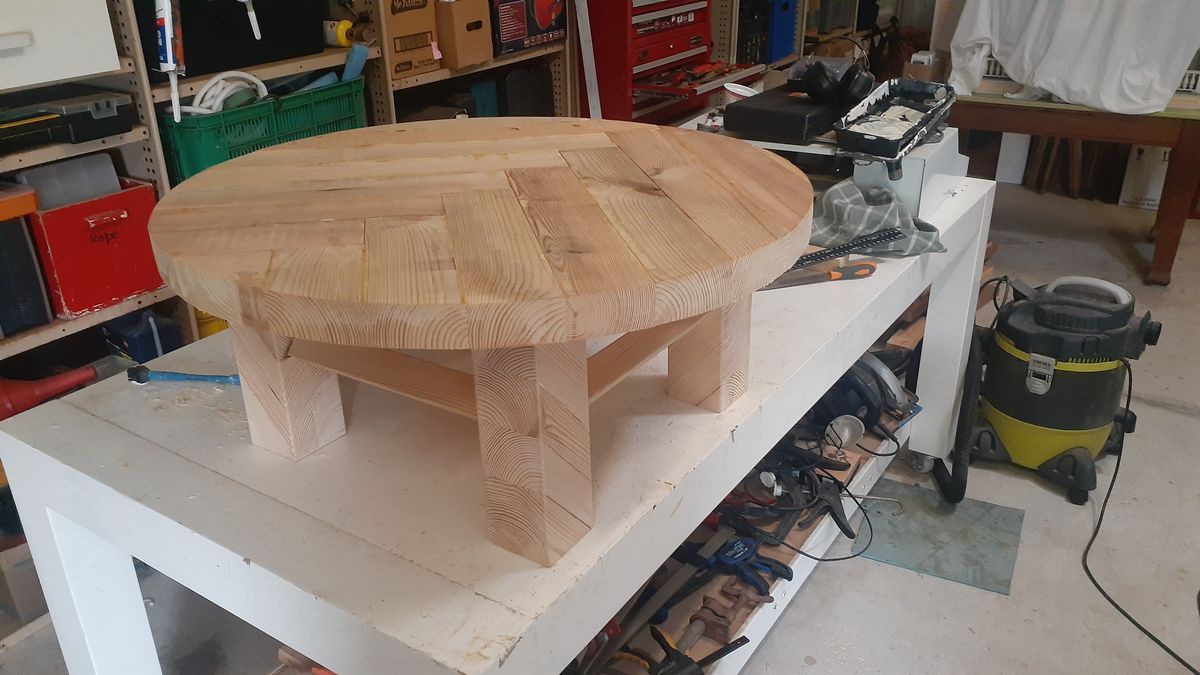 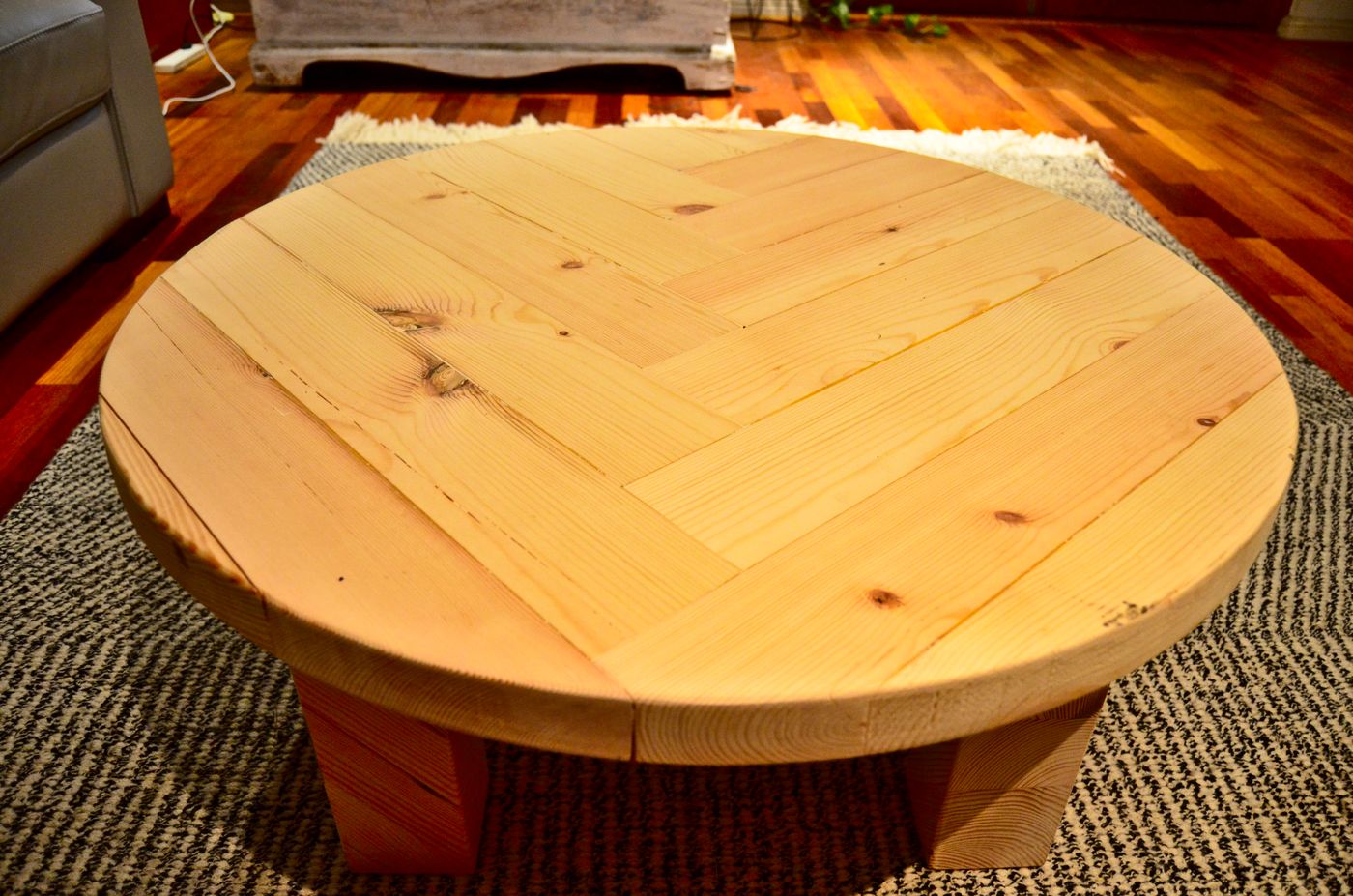 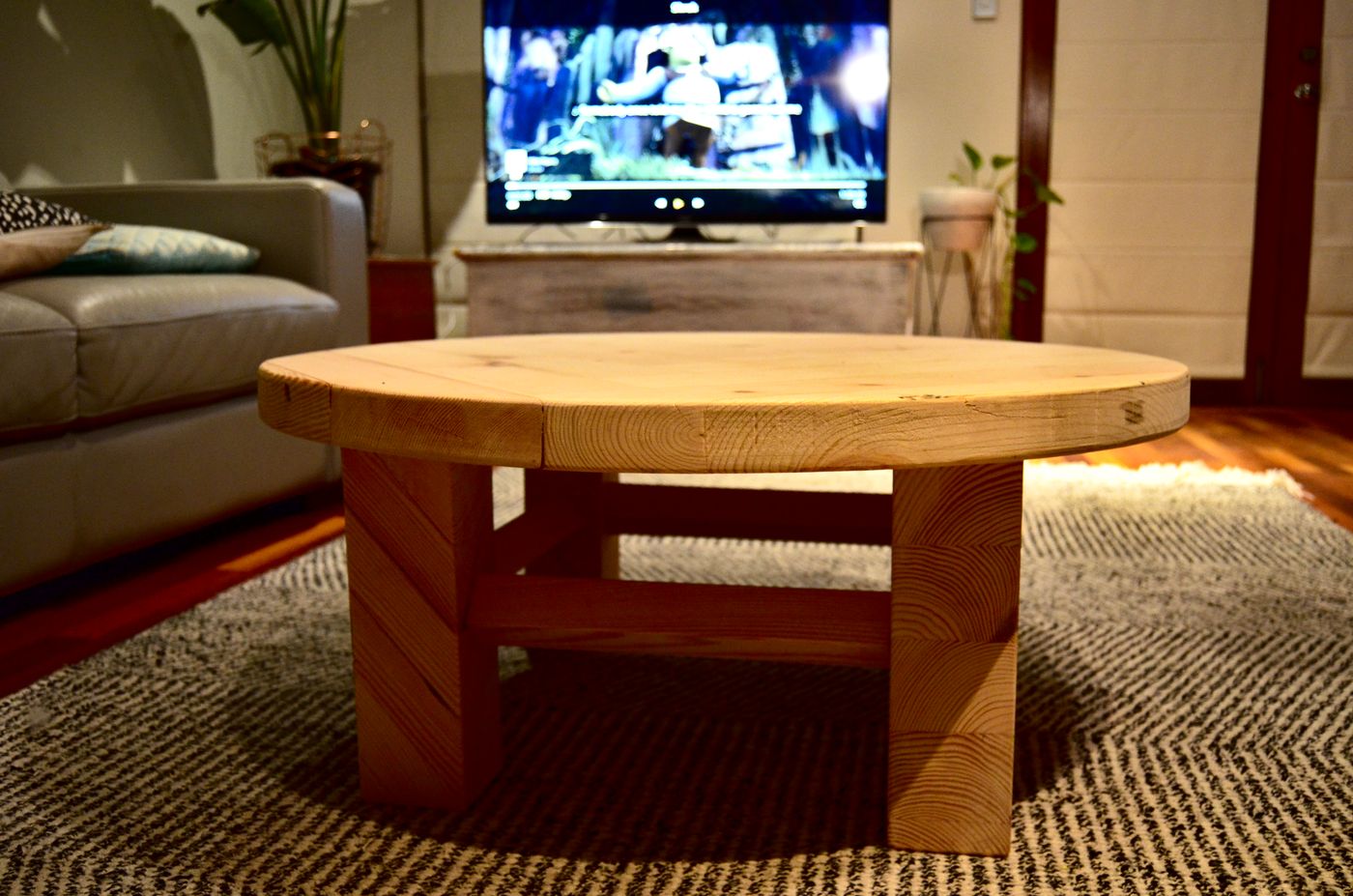 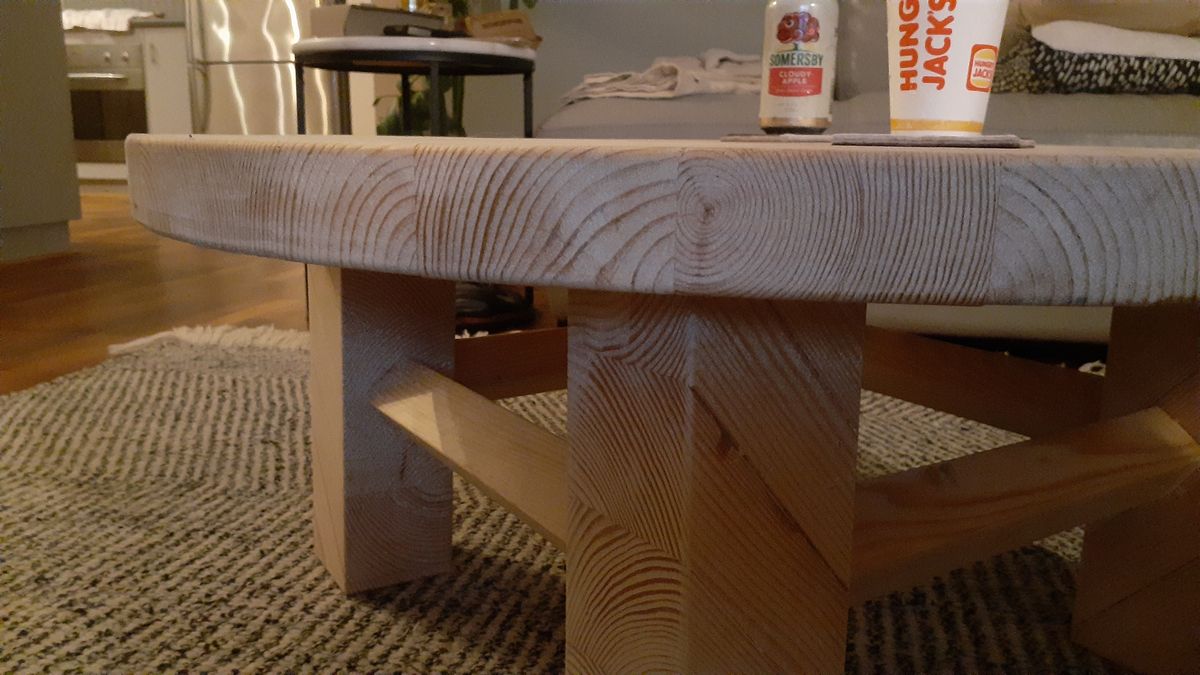 Thanks for letting us use all your tools dad!